The Gospels are the record of the life of Jesus Christ from his birth to his resurrection and ascension. This means that they are very important in understanding the life and message of Jesus and that evidence to support the accuracy of their accounts is vital to Real Christianity.

The Gospels are mainly concerned with the period known as Jesus’ ministry, during which he travelled around Galilee teaching and healing and made visits to Jerusalem for the major festivals of Passover, Pentecost, Tabernacles and the like. The accounts cover not only Jesus’ teaching and actions but the context in which these occurred. This makes it easier to understand what Jesus is saying.

Evidence of some of the people, places, customs and events described in the Gospels has been found by archaeologists. Look here for various accounts of the way that Archaeology shows the Gospels to be an accurate record

This image shows the excavated remains of Capernaum, which Jesus used as a home base during much of his ministry. He left here for tours of Galilee and to visit Jerusalem, but usually returned. 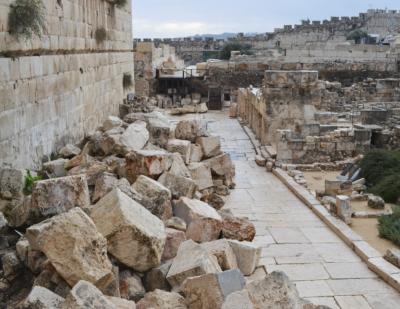 The evidence is that the Gospels contain accurate records of the words and actions of Jesus. The archaeology of the Gospels shows that not only is there an accurate description of the places and general lifestyle of Judea and Galilee at the time of Jesus, but that even tiny details of life are described with great fidelity. This is supported by a look at the detailed correspondences between the Gospels accounts. The language of the Gospels also shows that they report events from the time and place of Jesus’ ministry, and one can carry out a serious study of the date of writing of the Gospels which show that there would have been plenty of eyewitnesses to correct any errors in the reporting of events.

The importance of the Gospels comes from the fact that they report the words and actions of Jesus of Nazareth. The message of Jesus is mainly validated by his resurrection from the dead, but other evidence also shows that he was prophet who brought a message from God. This evidence includes the way that Jesus brought a message which was at odds with the philosophies around, the way that his message developed the teaching of the Old Testament but never contradicted it, and the fact that Jesus made accurate predictions of future events. 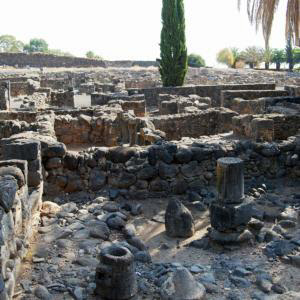 This picture shows the remains of a street in Jerusalem, excavated by archaeologists. This street passed down the side of the wall which formed the western side of the Temple Mount, on which the Jerusalem Temple was built. This street would have been in use at the time of Jesus and it is likely that Jesus walked along it.

The stones in the foreground are stones from the Temple above, thrown down in the destruction of the Temple. Jesus predicted this destruction in advance when he said that not one stone of the Temple would be left standing on another. (Matthew 24:2)

These are places where insignificant details correspond with one another. They are only found in accurate accounts of real events. The existence of many such coincidences in the Gospels shows their accuracy.

The Gospels were written in Greek, but the text shows signs that many of Jesus’ sayings were originally in Aramaic or Hebrew. As the early church spoke Greek it would have been difficult for this to appear in the Gospels unless they are accurate records of real events.

Evidence shows that the Gospels were written well within the lifetimes of eyewitnesses. Click here for evidence

How the Gospels were Written

The Gospels were written in Greek in the middle of the first century AD. The writers (Matthew, Mark, Luke and John) had access to eyewitnesses, although only John was an eyewitness to all the incidents he reports. The linguistic background to the Gospels is exactly what one would expect of an accurate set of accounts of events in Judea and Galilee in the first half of the first century AD and there is a strong correspondence between the known archaeology of the area at the time and the accounts in the Gospels. There is also a long list of undesigned coincidences in the Gospels; these also provide evidence that the accounts of events in them is extremely accurate.

The Gospels were copied by scribes and the copies were themselves copied. Early on the Gospels, along with the rest of the New Testament, were translated into a variety of ancient languages such as Latin, Aramaic, Ethiopic, Coptic and Armenian. As a result there are thousands of manuscript copies of the text. This means that computer databases are needed to analyse the text, but the analysis confirms that the modern text of the Gospels is essentially unchanged since they were written.

The Gospels are different from any other documents in their period and give a picture of Jesus which would never have been invented at the time. The only way that the Gospels could have come into existence is that they are true.

The Resurrection of Jesus

The message of the Gospel depends on who Jesus is, and the main event that certifies the special nature of Jesus is his resurrection from the dead. Click here to link to a page on the resurrection of Jesus.

Evidence for the Gospels