Scientific Statements in the Bible

The Bible was written in a time when modern scientific method and results were unknown. The New Testament was written just after the Roman Republic turned into an Empire. Technology was improving, but even things like stirrups for horses had not yet been invented. The earliest parts of the Old Testament were written in the Middle Bronze Age, when the people who wrote it did not know how to extract iron from iron ore.

In spite of this the Bible doesn’t read like a Bronze-Age book. The statements about the world are in general consistent with what modern science has shown, albeit at a low level. The Bible was never intended to be a scientific text book, and has needed to be understood by people down the ages, from a Bronze Age farmer to a modern Nuclear Physicist. This means that the Bible tends to ignore deep scientific theories, but nevertheless it generally makes statements that are known to be scientifically true. Here are some examples:-

Jesus Christ is the only person where enough evidence remains in the present day to show that he had a message from God. The witness of Jesus is that the Bible is inspired by God. Click here to link to a page which develops this evidence.

The Bible was written in three different languages by over 35 different people from many different walks of life and in different parts of the world. It was written over a period of more than a thousand years. In spite of this it has a single consistent message. Click here for more discussion of this evidence.

Click here to link to the main page for the section of this site on the inspiration of Scripture.

The Bible contains accounts, often quite detailed, of events which were in the future when the prophecy was originally written. This page discusses the issue of fulfilled prophecy.

Scientific Statements in the Bible 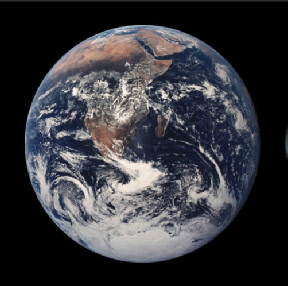 The Shape of the Earth

It is he [God] who sits above the circle of the earth, and its inhabitants are like grasshoppers;  (Isaiah 40:22) The Hebrew word translated “circle” refers to objects which are rounded in three dimensions. The Bible tells us that the earth is approximately ball-shaped.

He stretches out the north over the void and hangs the earth on nothing.  (Job 26:7)

This second passage indicates that the earth is not supported, as many ancient cultures seemed to think, but is unsupported in space.

Ecclesiastes tells us that the water in the rivers is recycled from the sea:

All streams run to the sea, but the sea is not full; to the place where the streams flow, there they flow again. (Ecclesiastes 1:7)

This seems commonplace to us nowadays, but the water cycle was not discovered until quite recently. The person credited with finally solving the problems is Bernard Palissy, who wrote in the 16th century AD. Aristotle hypothesised that water in the rivers came from the sea, but this idea was rejected because the sea is salt and the rivers contain fresh water. However, the Bible contains not only the general idea that the water in the rivers comes from the sea, but includes an idea of the evaporation process;-

For he draws up the drops of water; they distill his mist in rain, which the skies pour down and drop on mankind abundantly. Can anyone understand the spreading of the clouds, the thunderings of his pavilion?  (Job 36:27-29)

This would be comprehensible in the Bronze Age (when the Job quotation was written) but does not need change to fit modern science. This is typical of the Bible. 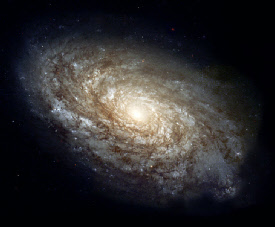 The Bible is clear that the universe had a beginning and that there is a moment or a short period of time in which God made it. In the beginning, God created the heavens and the earth (Genesis 1:1). For most of history mankind has preferred to believe that the universe has simply always been in existence. It was because of this Christian understanding that Georges Lemaitre, the modern inventor of the Big Bang Theory hypothesised that the universe was created. He then went on to show that it fits scientific data.

The Bible only makes simple statements about scientific fact, but has managed to avoid the errors of mankind in the ancient world. The interesting question is how the Bible writers knew which of the things they heard were going to prove incorrect and which would stand the test of time.

Click here to download a magazine-length article on how the scientific statements in the Bible support the idea that the Bible is a unique document which must have a supernatural origin.