The Writers of the Bible

The Old Testament was written by more than 35 different people. These are from very diverse backgrounds:-

The Bible contains accounts, often quite detailed, of events which were in the future when the prophecy was originally written. This page discusses the issue of fulfilled prophecy.

The Bible was written long before the discoveries of modern science. However, it contains information which is consistent with modern knowledge but which was not available to ancient civilisations.

Jesus Christ is the only person where enough evidence remains in the present day to show that he had a message from God. The witness of Jesus is that the Bible is inspired by God. Click here to link to a page which develops this evidence. 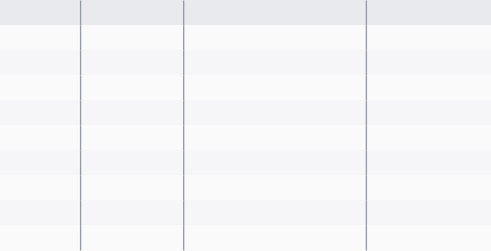 The diversity of these writers is tremendous. One might imagine a more modern set of people with the last of these writing in the second half of the twentieth century. The equivalent of Moses would be a chieftain from the early part of the dark ages, but one might include a Saxon king to represent David, a mediaeval serf to represent Amos, a Tudor courtier to represent Nehemiah and a modern taxman, shopkeeper, doctor and university lecturer to represent Matthew, John, Luke and Paul. One would need to include another 15 people from equally varied backgrounds as well; some would have to be fluent in an alternative language, such as Welsh of French. One would not expect a group of such people to share a world view which is absolutely consistent, and therefore to produce a work which looks like a single book.

The Consistency of the Bible

The Bible, however, is highly consistent throughout. Not only does it refer to one God throughout, and to one hope of eternal life by resurrection, but it is consistent in less major points. The picture of the Messiah, the coming anointed king who would judge the world for God and set up God’s kingdom is consistent through the Old and New Testaments, and the ideas of right and wrong do not change in any appreciable way (although there is definitely some adaption to the circumstances of life as these change).

The difficulty of managing such a project is extreme. If the Bible had simply been written by a tradition of people who had been selected by a small community which continued through the ages then it would be difficult to produce complete consistency. The people who wrote the Bible were no such closed community. The prophets are frequently highly critical of the religious establishment which preserved earlier scriptures. This is the point of the message of the early parts of Ezekiel, which describe the people who are running the Temple in Jerusalem as turning away from God, or of Isaiah, which describes the corruption of the Jerusalem establishment (which would still have seemed moral by standards of public life today) or the description of the Pharisees by Jesus. The prophets who wrote books of the Bible (or whose words were recorded by others) were frequently rebels who overturned the received ideas of their time.

To produce a book like the Bible it is necessary for the controlling interest to last for many centuries, to be able to control matters across great distances, He would need to be able to manage the gap of cultures and to be able to forsee situations that might arise centuries later. No human being is able to do this. Only a supernatural being could manage it.

Click here to link to the main page for the section of this site on the inspiration of Scripture.

Basics of the Bible

Click here to navigate to a page which presents the history and unity of the Bible.

Click here for a 20 page pdf document which shows the unity of the message of  the Bible and explains how this indicates Inspiration by God.