Occasionally, critics of Christianity will ask the question of whether there is any evidence of Jesus which is not purely Christian in its origin. Other critics sometimes claim that there is no reference to Jesus as a real human being until the second century AD. Both of these are wrong. While the best account of the life, work and teaching of Jesus is found in the Bible, Jesus is also mentioned by sources outside it. There are references to Jesus in the works of Roman historians, in Jewish literature and in the works of Christians from the turn of the first century. Writers outside the Bible who refer to Jesus include the following:-

In addition to these there are two writers where there are problems in terms of date or the nature of the reference:-

The Talmud contains many layers, some of which go back to the second century AD. From this period there are three traditions, one of which refers to the execution of Jesus, one to his disciples and another to healings carried out in his name.

In addition to these writings there are very early references to Jesus which are preserved inside the Bible. These are so close to the time of Jesus that to ignore them would be an example of complete bigotry. Any reasoning human being must consider these sources and account for them. The first mention of Jesus to be written and which still exists is the opening verse of Paul’s letter to the Galatians: Paul, an apostle, (not of men, neither by man, but by Jesus Christ, and God the Father, who raised him from the dead;) (Galatians 1:1). The alternative candidate is the opening verse of the letter of James: James, a servant of God and of the Lord Jesus Christ...  (James 1:1)

The wealth of these sayings is evidence that Jesus was a historical figure. From only the non-Christian sources we can find out:-

This is a considerable amount of information. However, to know the full detail of the life of Jesus it is necessary to read the Bible.

Click here to download a pdf document which contains a detailed discussion of a range of references to Jesus in ancient documents, most of which are outside the Bible.

Jesus is referred to by a substantial number of ancient writers outside the Bible. Click here for a magazine - length pdf article discussing these early  references to Jesus.

Watch this space for a pdf file containing a summary of the references to Jesus on two sides of A4 - suitable for printing on a single sheet of paper.

Click here to see evidence on how reliable the Gospels really are. You may very well be surprised! 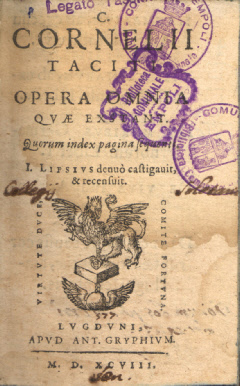 Is Christ a Conspiracy?

Pdf file containing a look at the arguments of the film “Zeitgeist” which claims that Jesus never existed and that Christianity is a 4th century conspiracy.